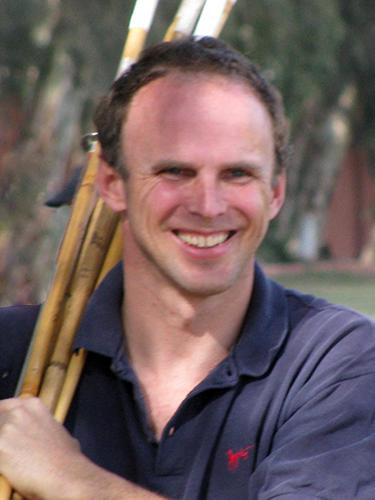 Dan Keating has been an avid sportsman, innovator, and entrepreneur for most of his life.  During college, Keating competed in the luge and was in contention for the U.S. Olympic team until an injury ended his career.  Years later, Keating was seeking a new sporting pursuit with the same feeling of camaraderie and adrenaline rush he felt in the luge.  A friend introduced Keating to polo, and as he says, he hasn't forgiven him since.

Keating came to Rhode Island in 1990 at 25 years old with a vision to resurrect polo's international legacy in Newport and create a forum dedicated to international competition.  Keating simultaneously restored the historic Glen Farm property in Portsmouth, RI while building the adjoining polo field and planning for the first season of the Newport International Polo Series.  Keating's legacy continues as the Polo Series continues into its third decade, featuring an annual lineup of teams from around the world and major U.S. cities competing in polo's American birthplace.

It was only fitting that at the annual awards dinner on October 20, 2018 the captain of the first international team to compete in 1992, William Crisp, inducted Keating into the Newport Polo Hall of Fame.  The induction came as a surprise to Keating who founded the Newport Polo Hall of Fame in 2016 with the induction of famed mount, Ginger, and William Crisp.

"The Newport Polo Hall of Fame was not created as a means of self-aggrandizement," Keating explained.  "It was created to recognize the individuals that have made Newport Polo what it is today."

Crisp orchestrated the induction with the support of his peers to recognize Keating for creating the Newport Polo experience enjoyed by many since its inception.  As Crisp explained, "we would not be here if it was not for the vision of Dan and his tenacity to make Newport Polo a reality."