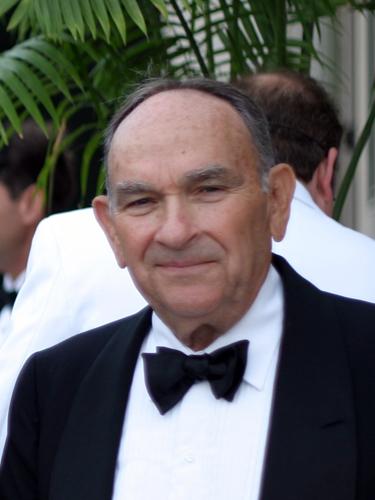 • Newport Polo Board of Advisors

Commander Jack B.L. Leavitt has been a part of Newport Polo since its inception.  Jack helmed Newport Rotary Club’s Polo Committee, hosting the first Newport Rotary Club benefit match in 1991 with Newport Polo founder Dan Keating, which continues to launch each new polo season.  Jack attended the first international match in 1992, which happened to be against the Irish Polo Team, and immediately saw an opportunity to help Polo while Polo helps the Rotary Club.  Jack’s vision led the way for the Rotary Club to produce the annual Polo Magazine, of which the advertising dollars directly support the Rotary’s scholarship and charitable giving programs.

Jack’s vast business expertise helped Polo get on its feet, and navigate through its early challenges, without whom we might not be here today to celebrate our 26th season.  None are more deserving than the beloved consulier who aided the early years of Newport Polo's vision to revive America's first polo club and reinstate its heritage of international competition.  Jack Leavitt and his legacy will forever be acknowledged in the Newport Polo Hall of Fame.