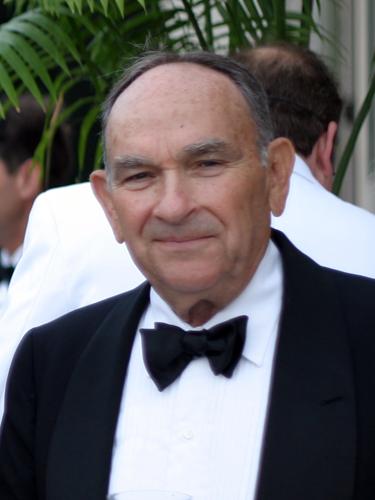 Jack Leavitt, chairman emeritus of the Newport Rotary Club’s Polo Committee, was on our board of advisors since the first season.  Jack attended the first international match in 1992, which happened to be against the Irish Polo Team, and immediately saw an opportunity to help Polo while Polo helps the Rotary Club.

Jack’s vast business expertise helped Polo get on its feet, and his initiative to raise funds for the Rotary Club through ad sales in our season program has supported the lion’s share of the Rotary Club’s charitable programs.  Jack and his dedicated committee worked tirelessly to produce a program that we can be proud of each year, and organize a benefit match that the community eagerly supports.

We are deeply grateful for his partnership with the Newport International Polo Series and salute Jack Leavitt with the 2006 Silver Pony Award.