In the spring of 1876, James Gordon Bennett, the publisher of the New York Herald, hosted a special dinner party at his New York estate.  His carefully selected guests were a dozen gentlemen who were members of the sporting set most likely to be attracted to the “new” game of polo.

A railcar loaded with Texas ranch horses was delivered by the meal’s end, whereupon the gentlemen tried their hands at polo.  Immediately addicted, they embraced the sport and made it a part of their annual summer retreat in Newport, Rhode Island that summer.

The gentlemen, who predominantly hailed from Westchester County, NY, formed a club, and proceeded to establish playing fields for practices, near their summer ‘cottages’ on Bellevue Avenue.  The Westchester Polo Club, based in Newport, became the first polo club in the United States.  The game caught the imagination of the buccaneering class of the Gilded Age in America, and during the following years, other clubs were founded up and down the East Coast.

Ten years after the club's founding, Bennett and the Westchester Polo Club challenged those same English army officers who introduced him to the sport, with a somewhat casual remark at a dinner party in West London, to compete in the world's first international polo match.  The idea was well received, in an era of increasing friendship between the US and England, with growing transatlantic trade, travel and intermarriage, and amity between the two great English-speaking nations. This event became one of the first international sporting events in modern history, predating the resurrection of the Olympic games. 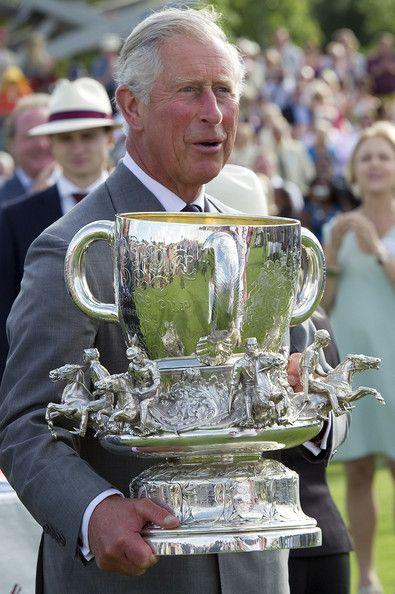 The historic tournament in 1886, known as the Westchester Cup, was held at Newport, and the worldwide spotlight earned the City by the Sea a reputation as a destination for international polo and recreation.  The International Polo Cup or the International Polo Challenge Cup, as the tournament was called in its infancy, was one of the earliest international sporting events.  Only the America’s Cup yachting tradition had an older pedigree by a few years, and was succeeded by the Davis Cup and the Ryder Cup eventually, also examples of cordial Anglo-American athletic interaction.

The inaugural tournament of the International Polo Cup took place at the Westchester Polo Club in Newport, RI in August, 1886.  Newport was the cradle of ‘les sports elegants’ - as the home of polo, America’s Cup yachting champions, the US Open Tennis Championships and US Open Golf Championships and as well.

A trophy cup cast from 396.3 ounces of sterling silver was designed by Tiffany & Co., to stand eternal.  The matches generated tremendous excitement in this tiny summer colony for America’s wealthy, and attracted large crowds to the polo grounds.  In the best-of-3 match format, the English team handily won in two straight matches, 10-4 and 14-2.

While the inaugural tournament basically resulted in a teaching clinic on the sport of polo by the superior English squad, it was nevertheless deemed to have been successful in helping to popularize the game further, as well as set the social standard that was to become the hallmark for all the subsequent Westchester Cup encounters over the ensuing years.  As the London Field dryly remarked at the time: Hospitality of the most lavish description was extended to the English polo players, and the bijou palaces (the ‘cottages’) were open day and night to their transatlantic visitors.

The famous tournament has been contested 15 times over its 125-year history.  It was not until the second rematch that the Americans finally managed to win the cup on foreign soil, and have won it a total of 10 times.  The 125th Westchester Jubilee in Newport in 2011 celebrates the origin of this most famous polo rivalry in the history of the sport, and will set in motion the excitement & anticipation of its next contest in the not-so-distant future.

Newport maintained its esteem as the international polo capital of the world for nearly 40 years, until the outbreak of WWI, the Great Depression, and the income tax all took their toll and ended the era of opulence and international polo in Newport.

In 1992, James Gordon Bennett's legacy was resurrected. The Newport International Polo Series is much larger in scale than Bennett's original conception but remains within the same fraternal tradition. Each season the Newport International Polo Series attracts teams from the world's six continents. Notables such as actress Stefanie Powers and Major Ronald Ferguson, father of the Duchess of York Sarah Ferguson, have graced our field. The Polo Series features top-level amateur payers from around the world.  USA's squad has included two world champions, John Wigdahl and Charlie Bostwick, members of the only US team to win the World Championships (1989).  Visitors have included Francisco Lanusse, world champion Argentine player, Patrick Guerrand-Hermes, former FIP president and his son Mattias, European champion, the families Domeqc and Mora from Soto Grande, and many other noteworthy players of world championship caliber.  The Newport International Polo Series is the only forum in the world dedicated primarily to international polo competition.

The Newport Polo Club remains registered with the United States Polo Association under the historic Westchester name.  Its outdoor polo season and public exhibition matches take place at Glen Farm, a site whose heritage dates back over 370 years!