Matches opening day-by-day.  Sign Up for an alert when your choice of seating and match become available. 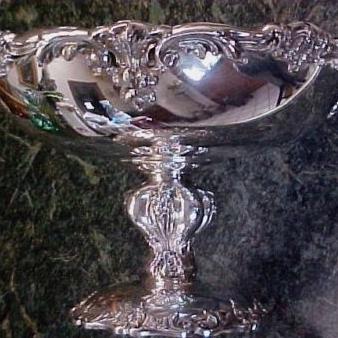 In 2018, the NBC10 Newport International Polo Series, Presented by BMW, will christen a new perpetual trophy, the Clarke Cooke Cup on Saturday, August 25 when Newport faces off against New York rivals.

Named the Polo Series’ Restaurant of the Year for the 7th consecutive year for its innovative cuisine and legendary ambiance as the spot to see and be seen, the Clarke Cooke House is a quintessential Newport experience.  As the polo player's entertainment headquarters in downtown Newport, its dining rooms and dance floors have hosted team dinners and celebrations longer than anyone can remember.

The prized sterling cup being readied with a suitable plinth was designed by none other than Reed & Barton, the prominent American silversmith from New England since 1824, whose pieces embellish every prominent dias from White House dinners and to the Bronze, Gold and Silver medalists of the '96 Summer Olympic games.  The trophy resides on display among a collection of celebrated yachting trophies at the world-renown establishment on Newport’s waterfront.

Clarke Cooke House is a multi-layered feast. The 18th-century colonial building offers dining in romantic elegance on the Porch high above the assembled yachts, or casually at harbor level in the Candy Store.  For the smart set there are intimate cocktails at the SkyBar. Summer Sushi and sunsets are memorable from the Midway Bar and the Bistro’s wall of windows welcomes the sights and sounds of Bannister's Wharf.  The temperature is always high on the dance floor of the Boom Boom Room below deck.