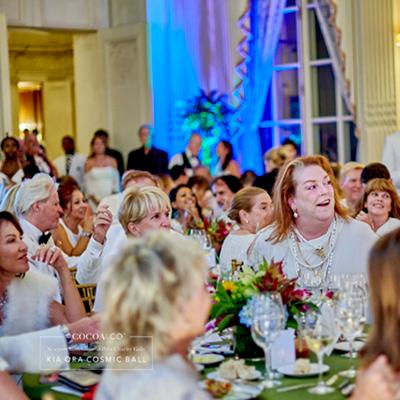 Newport, RI (December 15, 2022)...Newport Polo is excited to announce the search for a beneficiary of its 22nd annual International Polo Charity Ball.

For over two decades, America’s First Polo Club has hosted the annual sellout gala to benefit a charitable organization in the community, and bring together hundreds of enthusiastic attendees for a classic black-tie ball.

The event will take place in Newport, RI on August 4th, 2023. Proclaimed the Ball of all Balls by Newport Living & Lifestyles, the annual sell-out event is one of the most anticipated in Newport's summer calendar. Full details will be announced in the December edition of Newport Polo’s monthly eNewsletter (subscribe), when gala ticket sales open.

Newport Polo invites 501(c)3 charitable organizations to submit their nomination for consideration as the beneficiary of the 2023 event. In recent years, proceeds have doubled from 2021 to 2022, proving to be immensely impactful on the chosen organization. Working closely with Newport Polo, the beneficiary spearheads an auction, and in turn, receives the proceeds.

Guidelines for nominees include having an active presence in Rhode Island, directly benefiting the needs of Rhode Islanders. Nominees must have an experienced committee of volunteers to chair the auction, and the necessity and timeliness of the funds must be demonstrated in the nomination. All nominations must Follow this link to complete a brief nomination form to be considered as the 2023 beneficiary.

"Community stewardship is one of Newport Polo's core principles," commented Founder, Dan Keating.  "Charitable initiatives preceded the start of the Newport International Polo Series over three decades ago, with the first two Rotary Benefit Matches, and we will continue to build on past success to support our community."

Most recently, the Kia Ora Cosmic Ball, honoring the New Zealand Polo Team and benefiting The Jeffrey Osborne Foundation eclipsed all past efforts, collecting over $125,000 in funds raised.

While only 1 beneficiary will be chosen, additional opportunities abound for individuals and businesses to make an impact and receive recognition in the coming year.  Event Sponsorship, Table Patronage and Auction Donations are invited to drive the success of the evening.  To lend your support, please contact Newport Polo's GM, Agnes Keating by email to agnes@nptpolo.com.