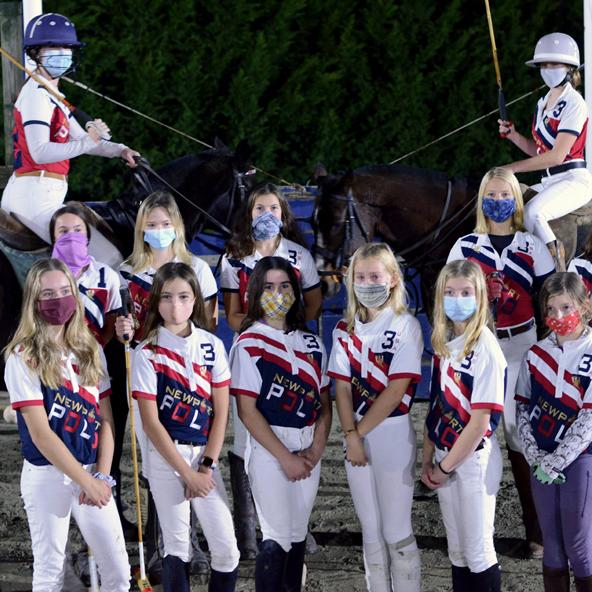 Newport Polo hosts nationally recognized Interscholastic Polo Teams, open to boys and girls in 8th-12th grades, in good academic standing, offering year-round instruction to compete against regional rivals during the Autumn and Spring competition season, during which the teams can advance to regional and national tournaments.  Our interscholastic program kicks off in July, in partnership with the US Olympic Committee, with a series of instruction and orientation experiences, team practices, clinics and coaching chukkers, and camps, all played in the arena, and team tryouts and selection in August for the official Interscholastic competition season, which is organized by the United States Polo Association (USPA) and runs concurrent to the academic year.  During the months of September – March, Newport Polo coordinates team practices, home and away games and participation in USPA tournaments.Eligible participants can earn Varsity Letters and College Scholarships from the USPA.  Outline & expense estimates for the Newport Polo's Interscholastic Team program.
Interscholastic players can reserve their seat in this week's practice here.