Brenton Hotel Tops the Board 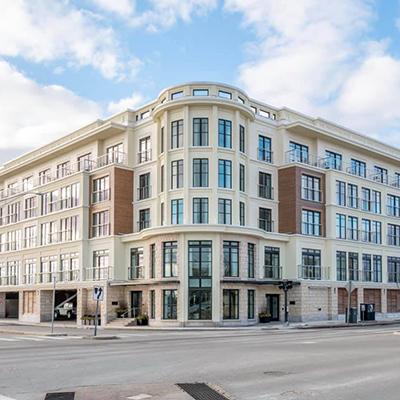 Brenton Hotel has reached the top of the board as the Jumbotron Sponsor for the 30th anniversary season of the Newport International Polo Series.  Newport's newest luxury boutique hotel will have its banner unfurled on the polo world's first video scoreboard, for Opening Day.

Premiered in 2018, the 40-foot video wall brought a new multi-media experience to the Saturday matches.  Multi-camera live coverage, Instant Reply, Pony profiles, rules explanations, and player interviews have added a new dimension to gameday, bringing the audience closer to the action, with greater depth and appreciation as the action unfolds on the field.

This new partnership with Brenton Hotel will continue to support the professional quality production and extend the Jumbotron features, to further enhance the Newport International Polo Series experience.

With similar groundbreaking vision, the Brenton Hotel opened its doors in the summer of 2020 to critical acclaim on the harbor front at the heart of Newport.  Brenton is ready to welcome guests with 57 sumptuously appointed rooms and suites.  With rooms that are suite-sized and suites that are home-sized, you'll sleep deeply and wake refreshed, ready to embrace Newport's laidback yet energetic tempo.  Beautiful views from sunrise to sunset, with Newport's most-loved attractions, restaurants, and hidden gems waiting to be discovered just steps away.

"Polo is a sport of camaraderie and international friendship, which finds an ideal home in the legendary hospitality of Newport," comments Polo Series Founder, Dan Keating.  "Brenton Hotel has already made its mark in our destination and we look forward to great experiences at Brenton Hotel with our visiting teams and fans."

The Brenton Hotel Jumbotron will come to life on June 5th, 2021, for Opening Day of the Newport International Polo Series 30th anniversary season.  Action continues every Saturday through September as the home-team, USA/Newport, takes on weekly challengers from home and abroad, featuring exciting polo competition in one of New England's most popular outdoor summer events.  After a proven game plan during the pandemic year that won State approval and audience support, momentum for the approaching milestone season is bullish, to celebrate three decades of polo re-born in its American birthplace.  Subscribe to our eMagazine to receive our monthly report, delivered to your inbox.