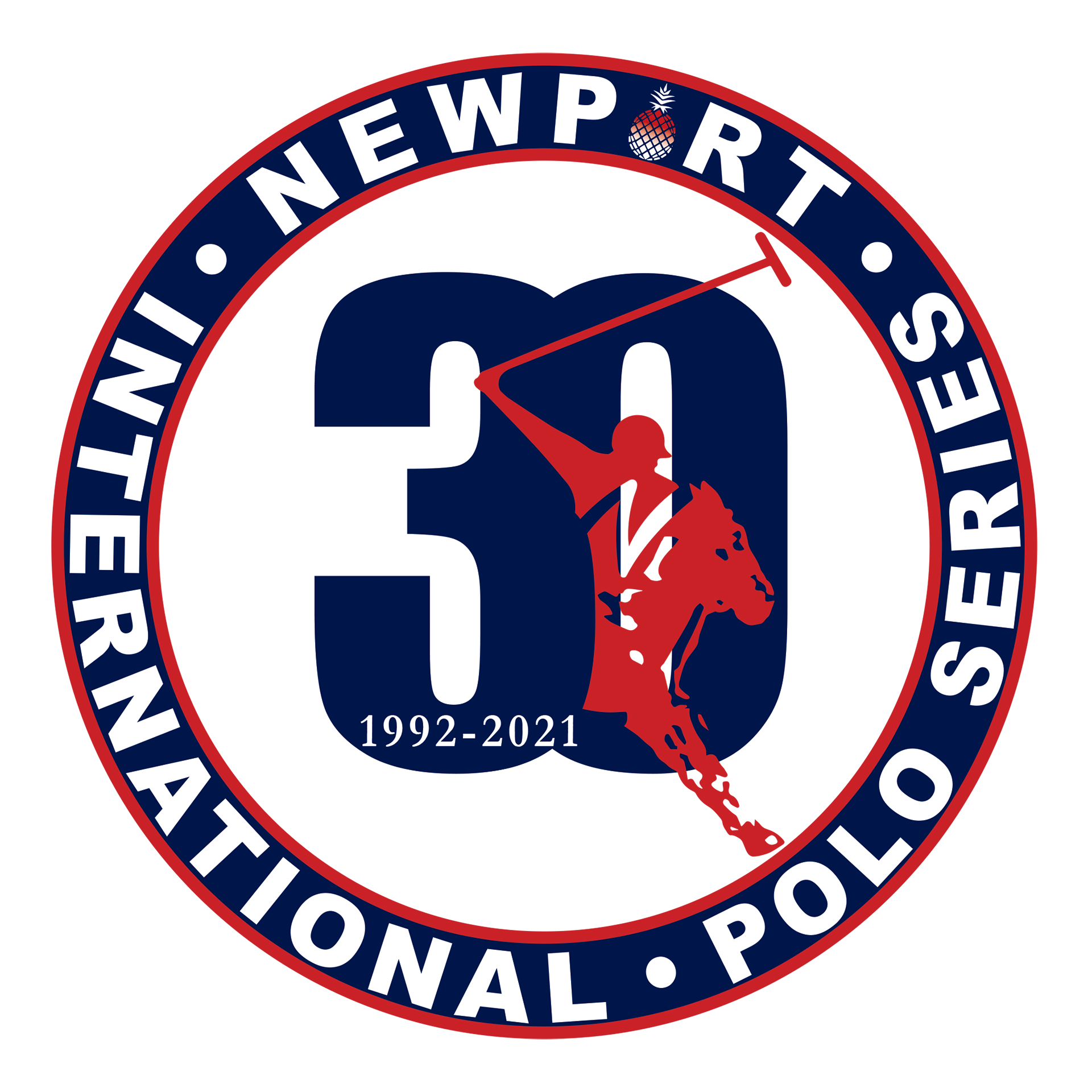 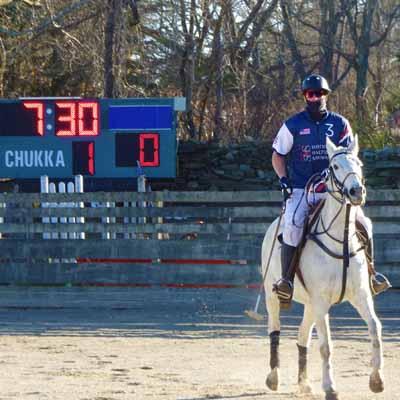 A gaggle of competitive local players strutted their stuff in the 8th annual Thanksgiving Arena Polo Tournament hosted by Newport Polo on November 28/29, enjoying a lengthy run of mild Autumn weather.  The two-day tournament drew six teams for a friendly rivalry over the holiday weekend in the outdoor arena, under State sports guidelines.

The tournament's opening rounds of competition began at Noon on Saturday for the first of two Semifinal Brackets played in Round Robin format, in which the 3 teams in each bracket competed against one another, advancing to Sunday's Consolation, Bronze or Final rounds based upon their semifinal Win/Loss records. Play by play commentary and music entertained supporters on the sidelines.

In Semifinal Bracket 1, Newport, Foxtrot and Greengos proved to be closely matched opponents, with Newport edging Foxtrot 7-6, Foxtrot topping Greengos 9-7 and Greengos tying Newport 6-6.  Newport advanced to the Finals, Foxtrot to the Bronze round and Greengos to the Consolation.

Sunday's matchups did not disappoint, as the afternoon of matches unfolded with close, high scoring rounds of competition under brilliant sunny skies that eventually gave way to November's Full 'Beaver' Moon that rose pink over the Sakonnet River, on view from the arena bleachers.

In the Consolation round, Greengos and The Avery went neck & neck for 3 chukkers until Greengos rallied into double digits in the 4th chukker to finish 11-8.

In the Bronze round, Scheckman Halpern & Savage (SHS) jumped out to a big 1st chukker lead against Foxtrot, who staged an exciting steady comeback over the 3 remaining chukkers, in fierce competition, ending with SHS's 17-13 Third Place overall finish.

The Final came down to an all-male adult Newport squad against the all-female teenage Galloping Grooms who are varsity players from Newport Girls Interscholastic team. Newport maintained the upper hand over the first 3 chukkers, 4-1, 7-3 and 11-8, but in the thrilling final period, Galloping Grooms came out swinging to tie the score, igniting a battery of goals by each team, then took a brief lead, outscoring Newport in the 4th chukker with a fierce all out campaign, ending in Newport's 17-15 win.

Following the matches, a newly minted perpetual trophy was presented, and in the spirit of the holidays, prizes were awarded to both finalists, and gifts were given to all the participants.  On behalf of the Westchester Polo Club, we thank the participants for their sportsmanship and camaraderie, and we thank the many hands that volunteered throughout the weekend, including players and family members, without whom the quality of the tournament would not be possible.

About Newport Polo:  Newport Polo is the home of the Westchester Polo Club, America’s first polo club est. 1876, and a charter member of the United States Polo Association, hosting public matches and providing polo club member services for outdoor (grass) & arena polo, and polo instruction. The founding members, who hailed mostly from Westchester County, NY, established the club's summer headquarters and polo grounds in Newport, RI where its members annually convened for summer recreation. The original club, based in Newport, is credited for organizing the world's first international polo competition, the Westchester Cup, and remained active until 1929. The Westchester Polo Club was revived in 1992 by President and delegate, Dan Keating. Colloquially know today as Newport Polo, the Club supports a vibrant polo training program developing new and up and coming players in weekly polo lessons with open enrollment for new players. Click Here to read & subscribe to this week's brochure with opportunities to play!  It is home to the Brown University Polo Team and the Roger Williams University Polo teams, and the Newport Girls Varsity & JV teams. Newport Polo also hosts the Newport International Polo Series, a popular 18-week summer exhibition series.

Polo is, without doubt the oldest ball game in the world today. First recorded in the 6th century b.c. when the Turkomans beat the Persians in a diplomatic tournament, the alluring game caught on with equestrian royalty and cavalry, and took off with globalization, withstanding the challenges along the course of human history. By the time Polo arrived on Newport’s shores during the Gilded Age, the sport was nearly 2500 years steeped in tradition, captivating newcomers including Newport's summer sporting set who embraced the new pastime, establishing America's first polo club in 1876.  The club today is still a trailblazing model polo club, hosting the world-renowned Newport International Polo Series, supporting philanthropic causes, organizing tournaments, polo club member services and polo instruction year-round. Experience the king of games in its American landing at Newport Polo.