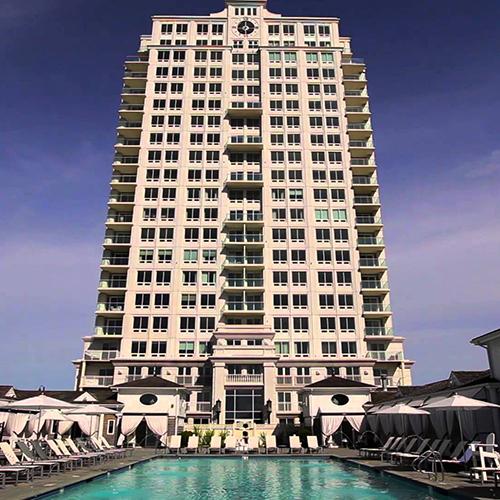 The Newport Polo Club will mark the return of the Indian Polo Team after a nine-year hiatus at a private cocktail party and reception with Captain Maharaj Raghav Raj Singh Shivrati of Udaipur, leading this year's team.  The party welcomes the teams and supporters on the eve of USA vs. India, at the Carnegie Tower Penthouse in Portsmouth, RI, with stunning sunset views overlooking the Narragansett Bay.

In India, charity is widely considered a duty of all human beings for community welfare.  The Royal Team's tour by tradition includes a charitable component as humanitarian ambassadors for India.  This special evening is set to benefit two organizations dedicated to serving the underprivileged of India, championed by the Maharaj.

Water Wisdom Foundation seeks to expand the provision of adequate, safer and secure water supplies to improve the environment and enhance lives of the underprivileged through traditional knowledge, contemporary and appropriate technology and fostering partnerships and networks of non-government organizations, governments, research and academic institutions, corporate and joint ventures etc.  The Foundation is building on 30 years of great achievements in India with WaterHarvest UK (formerly Wells for India) to bring to life its vision of a world where water is respected and its relationship with human being and ecosystem is honored.  Projects include improvements to infrastructure for drinking water quality and traditional rainwater harvesting systems, establish and develop good models of water governance, and enhance sustenance of water resources through education.

SHIVRATI TRUST was set up as a registered charity after Indian independence in the year 1949 by the members of the Royal Family of Udaipur, Shivrati. Maharaj Shivdan Singh, the founder of the charity was a philanthropist. He had great concern for the poor and needy after the disruption of services caused by the independence of India and the objectives of this foundation were to promote humanitarian beliefs, advancement of education, preserve the cultural & religious heritage and protection and prevention of animal maltreatment.  Since the latter half of the 20th century, the trust has realized its objectives in promoting education and skills to the impoverished in rural parts of Rajasthan, allocating resources to preserve heritage monuments and traditions, and hold educational programs to promote proper care for animals.

The Carnegie Tower is the jewel of a private curated community in Portsmouth, RI.