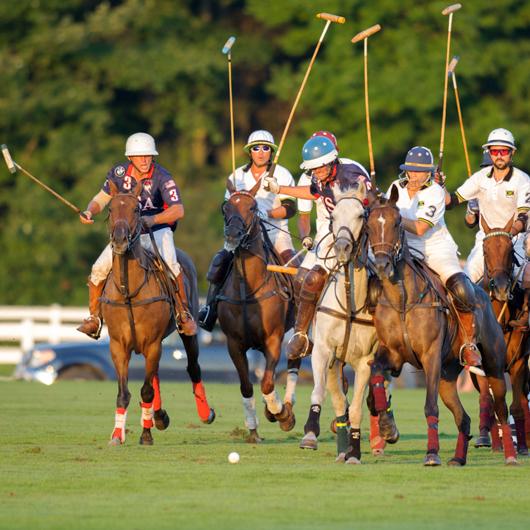 The NBC10 Newport International Polo Series, Presented by BMW featured a heated rivalry between USA and Jamaica, with Jamaica out to return home with the perpetual trophy Saturday, August 19th.

Representing Jamaica, in the #1 position was Brandon Richards, playing #2 was Jonathan Dougall, Lesley-Ann Masterton Fong-Yee was at #3, and playing #4 was Shane Chin.

The battle continued in the second half with both teams implementing defensive techniques, with no goals being scored during the fourth chukker. USA started off the fifth chukker with a goal by D. Keating but Jamaica answered with two goals scored by Fong-Yee and Chin bringing the score to 6-5 going into the final chukker.USA continued their momentum into the sixth chukker with a goal by Bullis to end the game, USA leaving the match victoriously with a final score of 7-5.