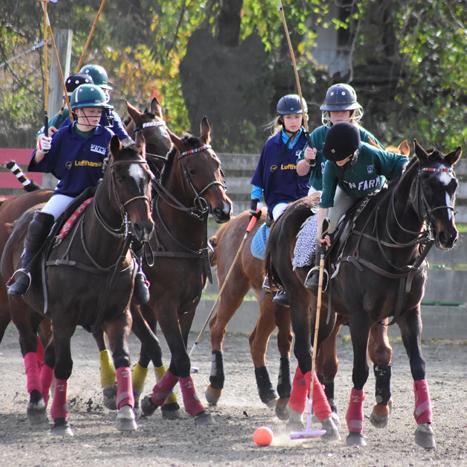 More than a dozen participants were assigned to one of four teams competing over the weekend.  The event was one of three tournaments organized this fall in the Northeast, out of twelve that took place from coast to coast, governed by the United States Polo Association (USPA), for its youngest players to gain more tournament and competition experience against competitors of their same ability. Eligible players had to be enrolled in an academic program as a 5th through 8th grade student.

Reputed as a leading instructional polo club and instructional program by the USPA, Newport Polo’s training program is active year-round, for youth and adult polo training by certified instructors at its private instructional facility in Portsmouth, RI.  For more than 20 years, it has developed new, competitive players each season with proven essentials to guide their passion to play.   For more info, visit www.nptpolo.com.

Expanding its Polo Training initiatives this year have included Spring and Autumn Adult Intro Clinics; the Middle School League; Interscholastic Olympic Day tryouts last June in conjunction with the USOC with a series of instructional classes of intro level polo instruction promoting the values of the modern Olympic Movement; summer preseason training for Autumn and Winter competition against rival teams.

While Middle School competition is limited in scope, Interscholastic Competition includes matches against regional rivals to qualify for regional tournaments, to advance to the national championship.  Girls teams and Open (boys or co-ed) teams compete in separate brackets; players must be in grades 8-12 with satisfactory progress in school.  The USPA offers a Varsity Letter program for players that meet the requirements.

“The growth and future of the sport of polo lies in early training for up and coming players.  We hope these kids continue to play polo while earning a degree at one of 40 top universities in the US that offer polo programs, and some may even qualify for college scholarships,” explained Dan Keating, founder and president, Newport Polo Club. “Two of our former junior players became Collegiate All Americans and National Champions”

“Riding experience is not required for beginners, since each lesson includes riding instruction specific to polo,” explained Dan Keating, President of Newport Polo, "but as a student’s polo skills progress, their riding skills will need to become proficient."