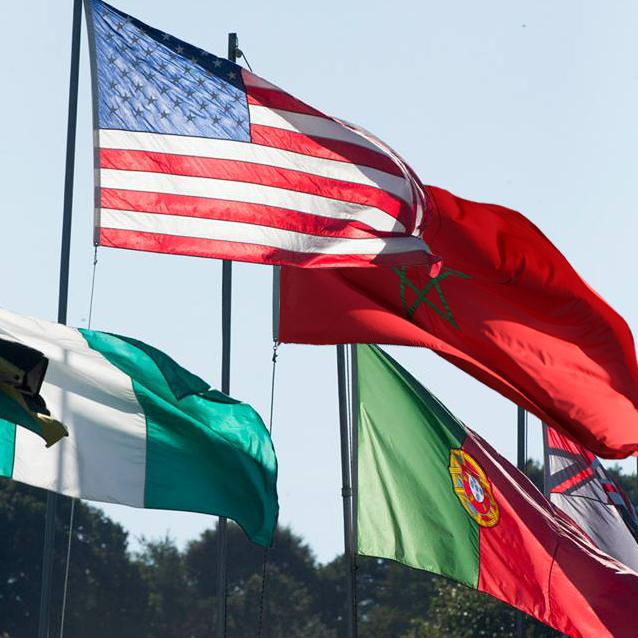 The 2016 season schedule will create a virtual world tour for the 25th anniversary season, from the Americas to down under, through Europe, the Caribean and culminating on the African continent with the debut of Morocco.

The Mexican Polo Team will kickoff the 2016 season on Opening Day to defend its 2015 victory, led by Captain Miguel Gomez de Parada and top players from Mexico City, home of Mexico's oldest polo club.  Polo has been popular in Mexico since the late nineteenth century, and this rivalry repesents a historic return to its roots, since it was a baronial family from Mexico that witnessed polo first in Newport in the 1880's, and then introduced the sport in Mexico!  Today Mexico is home to some of the world's most renown players.

The Australian Polo Team makes its celebrated return to Newport later in June after a 6-year hiatus, for its 3rd appearance in the Polo Series.  Lt. Col. Thomas St. Quintin of the 10th Hussars introduced the game to Australia in 1876 - he was the "Father of Australian Polo" and two of his brothers stayed on there as ranchers and helped the game to develop. Today polo is played in all 5 states in Australia, including New South Wales, Queensland, South Australia, Victoria and Western Australia. There are approximately 50 Clubs throughout Australia, where elite horsemanship is a requirement in everyday life.  The sport is at such a high level now, that Australia has hosted and nearly won the FIP World Championship.  Returning team captain Angus Campbell will bring a challenging roster of players to give USA a run for its money, including Monty Campbell, Simon Walker and Angus Graham.

The Italian Polo Team returns in July to stake its claim on the elusive perpetual USA vs. Italy Silver Trophy, led by Captain Marco Elser and top players from Rome, home of the oldest of Italy's 15 polo clubs, a significant footprint for the sport where only about one hundred and fifty players play year-round, even on beaches during summer holiday and frozen Alpine lakes in winter!  Italy has risen to prominence on the international stage of polo in recent years, winning bronze after defeating England in the last FIP World Championship.

The Irish Polo Team returns for its 25th consecutive appearance in the Polo Series, led by Captain Siobhan Herbst and top players from Wicklow.  The British cavalry returned from India in 1869 and introduced polo to England and to Ireland when the 9th Lancers were at the time quartered in Ireland. Regarded as the oldest club in the world, the All Ireland Polo Club was established in 1873 on the "Nine Acres" in Dublin's Phoenix Park, where it is still played thrice a week in the summer months.  Today there are many clubs throughout Ireland from Tyrone to Waterford and Wicklow to Limerick.  "By luck or by skill, the Irish team always gives us an epic game,” explained Dan Keating, USA team captain and founder of the Polo Series.  The match will conclude with an Asado Lamb Roast.

The celebrated return of the French Polo Team in August will be marked with a charity gala, Bal du Soleil, on the eve of the match.  One of France's best players, Olivier Girard will captain a team from the Côte d'Azur for his third tour of duty to the City by the Sea.  Polo has a significant presence throughout France, with a history well over a century in the making.  It has hosted the FIP World Championship of polo and has been European champion more than once.  The match will conclude with an annual New England Lobsterbake.

The ever popular Jamaican Polo Team returns to as another highlight of the Polo Series' Silver Jubliee, led by Captain Shane Chin and top players from Jamaica.  Polo is played year-round in the island nation, where generations of families have cultivated the sport to a very high calibre of play. The British Army established polo in Jamaica in 1882 and boasts one of the oldest polo fields in the world.  Its teams have played in the most presitgious tournaments in the world, and as legendary hosts, Jamaican polo clubhouses are filled with lore of noteworthy visiting players.  The match will conclude with a Jamaican Jerk Grill.

The English Polo Team, whose first representatives including William Crisp, played in our inaugural '92 season, will also compete in September.  Nicholas Colquhoun-Denvers, Captain adds "“An HPC, London Polo Club team has been lucky enough to be invited to compete in the Newport Polo International Series for almost 20 years and it is one of the highlights of our season. The warm, friendly atmosphere that has grown up around Newport Polo provides for a polo experience unparalleled in the international polo community. It does great credit to Newport Polo and all their members who so generously lend ponies and host their visitors. A trip to Newport RI is a must for all polo players, no matter what handicap level, you will not fail to be impressed by the town, its magnificent mansions and yachts and its welcoming inhabitants and you are guaranteed to enjoy the unique experience of playing in the state of Rhode Island where the modern game of polo was first played in the United States”.

The Moroccan Polo Team hails from Marrakesh, the fourth largest of the historic Berber Empire’s imperial cities.  Polo was first established in Tangier in 1899, on Morocco`s Mediterranean northcoast – a town that was a melting pot of many cultures, lying just across the strait of Gibralter. The sport suited Morocco, already famous for its pleasant climate, horses, riders, and native tradition of Fantasia, equestrian performances inspired by historical wartime attacks of Berber and desert knights in Morocco, still popular today as a cultural art and a form of martial arts.  After Morocco gained its independence from France in 1956, Marrakesh emerged as a mecca for artists and European expatriates, which led to the development of the modern era of polo in the nation.  With a royal endoresment by Morocco’s King Mohammed VI, it became the first Arab and African member of the International Federation of Polo in 2006.