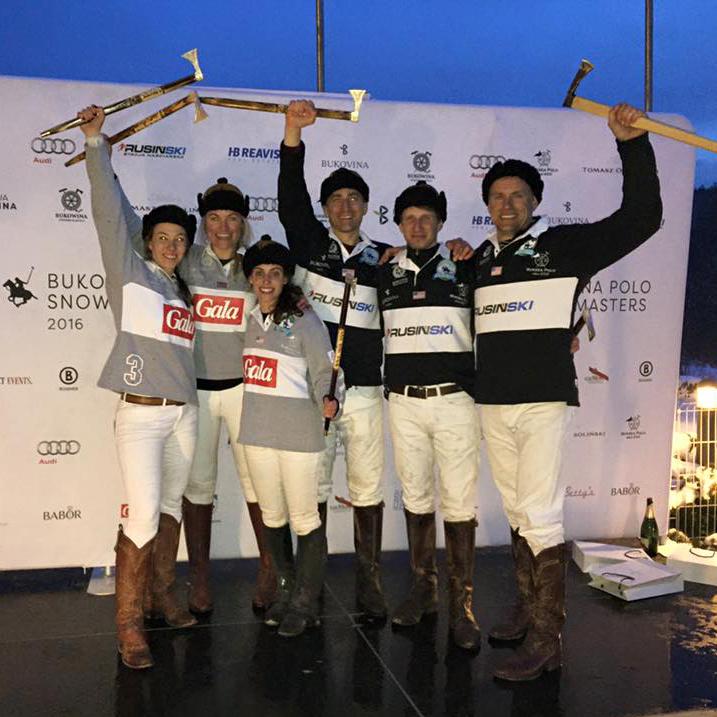 Team USA is back at sea level after an extended weekend in the Polish alpine resort of Bukovina to take part in the 2016 Snow Polo Masters.  Four international rivals made up the field of competitors this year, including defending American champions, participating for the second consecutive year.

Participating from Newport Polo Club were Captain, Alexander King, and Sam Clemens, and rounding out men's side was Tod Randall from California. The women's team from Newport were Courtney Sutton and Lauren Bilsky, with California teammate Dominique Buck.

Bukovina Snow Polo Masters is distinguished as the only international snow polo event dedicated to competition between amateur players.  Played in the style of arena polo, teams of three compete in a 400’ x 150’ outdoor frozen, snow-covered arena, competing in high altitude conditions of the Tatra Mountains at the Polish ski resort of Bukovina.  Footing made from compacted snow makes play technically challenging.  Quick reflexes and expert riding skills are put to the test by uneven and changing surfaces conditions that can send the ball bouncing in unpredictable directions, and more frequent changes in possession of the ball.

The three days of competition from February 26-28 brought together international players, top sponsors, and a sizeable spectator crowd to witness the weekend’s excitement.  Along with the polo matches, there was plenty of skiing, a thermal swimming pool, and post-match hospitality.

Photos from the 2016 Tournament.