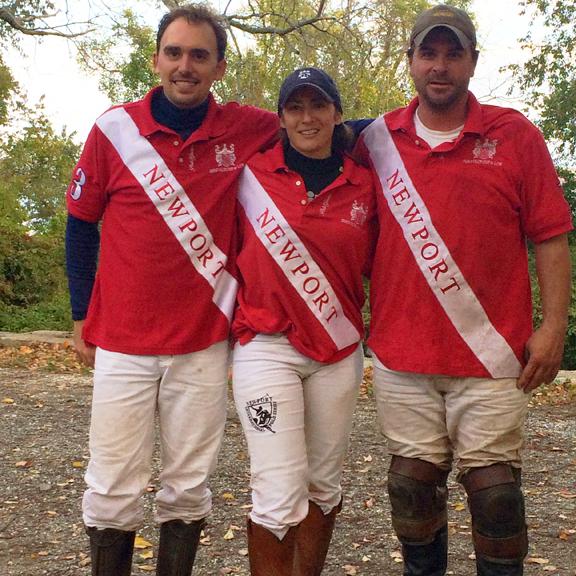 On Saturday at Newport Polo's outdoor arena, the winners of Round One, (Paul Filippi, Stefanie Boyer and Dave Bullis), advanced to compete in Sunday's Final with a score of 16-10 over the Runners Up (Rory Torrey, Laurel Howe and Jonathan Olsen).  The winners of Round Two (Brian McCormick, Carlos Silvera and Dan Keating) advanced to the Finals with a score of 13-10 over their Saturday opponents (Rafal Krawczyk, Julie DeAngelis and Alexander King). Both matches were 4 chukkers of competition.

On Sunday, the consolation round was closely contested and resulted in an 8-8 tie after 4 regulation chukkers. The Final was also heated contest, decided by a 1-point advantage of 9-8 after 4 chukkers of competition.

An album of photos will be published on Newport Polo's Facebook fanpage.