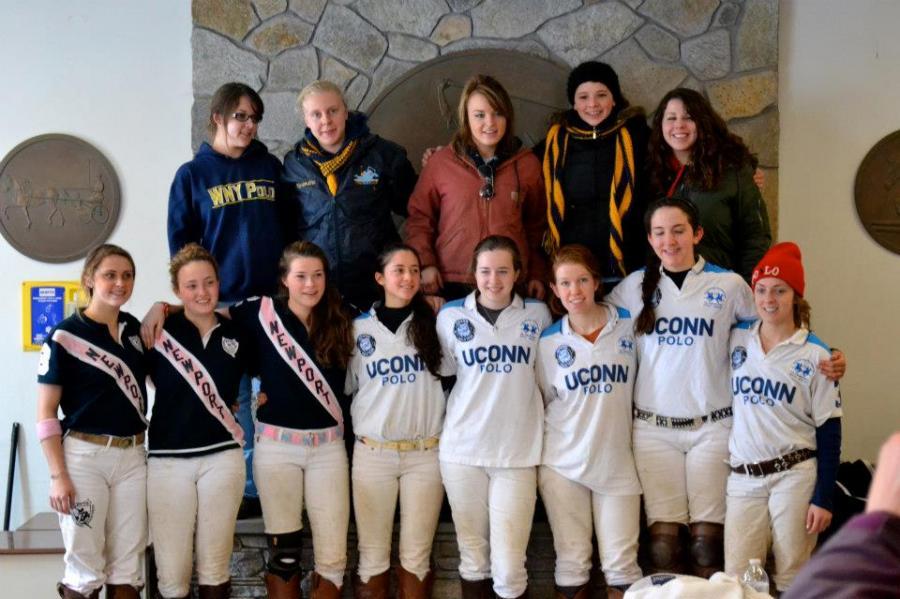 The Newport Girls interscholastic team is heading to Nationals for the 2nd year in a row!  The team's national ranking has earned a trip to the US National Championship as a Wild Card to face Maui, Culver, Maryland and UConn next month, hosted at the UConn equestrian center in Storrs, CT.

Supporters are welcome to cheer, wearing 'pink' for Newport, whose games include the opening match of the National Tournament against Culver at 7pm on Thursday, March 7th.  If Newport wins, they advance to the semi-final match against #1-ranked Maryland at 7:30pm on Friday, March 8th.  The winner advances to the final round on Sunday, March 10th at 10am to decide this year's national champions. Map to Horsebarn Hill Arena.

Newport's national ranking was determined by the USPA's tournament committee at the Northeast Regional Tournament which took place at UConn on Feb. 15-17 where Newport soundly defeated Toronto in the Semi-final and was only narrowly edged out in the Final by UConn (ranked #2 in the nation) in a nail-biter that came down to the final minutes of play.

UConn has won and lost against the #1 ranked Maryland this season, so the showdown at the Nationals is exactly what the USPA hopes for - a tournament featuring the top teams in the country.

Shown from top left: the girls from Western NY who placed 3rd in the Northeast Regional Tournament, and Newport's Minnie Keating, Jenna Davis and Abby MacKenzie, and the winning UConn team.