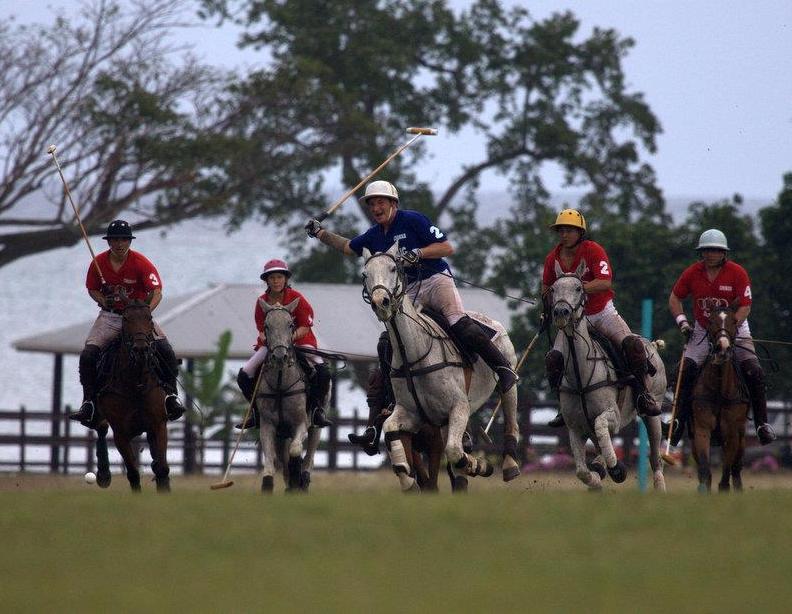 Newport Polo sent players including Jim and Julie DeAngelis and Christer and Stephanie Still
to run the gauntlet of Jamaica’s fast-paced polo in a coast-to-coast tour of matches, gaining their own rhythm along the way, turning a loss to a tie to victory for charity.

USA escaped a relentless New England winter, arriving in sunny Kingston to a baptism of fire awaiting them in a round-robin tournament in full season at the bustling Kingston Polo Club.

"We lost to the first team and were definitely rusty from time off, despite the great mounts we were given," explains Stephanie.  "The next team we faced beat the first team, but we were starting to get our rhythm & hooves under us, and finished in a tie."

The team explored Kingston waters and tropical color for several days of Jamaican hospitality, balmy days and star-filled nights before heading over the Blue Mountain divide to the island's southern hemisphere.

The usual right of passage at the St. Ann Polo Club was rained out, and by some other divine mischief, replaced by the Hanover Charity Match at Chukka Blue, heldover from a rainout and incorporating the USA players onto teams with Jamaica's finest for some of the best polo this season.

"What was my favorite part?  The part between when we landed and when our plane
took off to leave!"