Perennial Bentley vs. Rolls-Royce Rivalry For the Ages 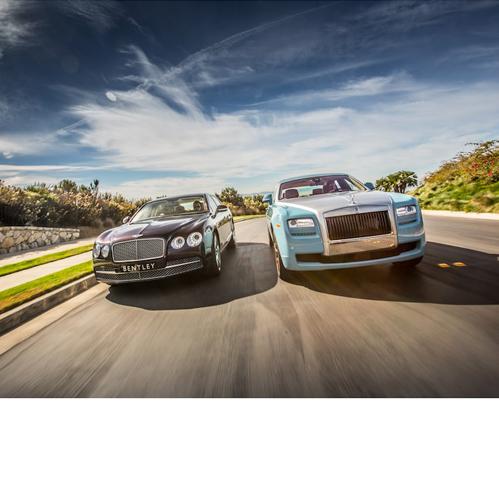 Newport, RI (September 9th, 2022) … The Newport International Polo Series, presented by Turkish Airlines, is excited to feature a rivalry for the ages, the Bentley vs. Rolls-Royce Pro-Am on Saturday, Sept. 10th, one of the fastest, most competitive field of opponents this season.

Inaugurated in 2020, when Bentley edged Rolls-Royce, the rivalry between the two luxury brands will pit the top polo professionals and fastest horses in the Northeast against the home team’s best in a high-octane 6-chukker match.

“Bentley and Rolls Royce are the two premium luxury cars in the automotive world, whose globally renowned features and elegant finishes are recognized for providing the best comfort and riding experience,” explains Christine Scott, Marketing Director of Rolls-Royce Motor Cars New England and Bentley Boston, “and they are equal rivals on the track and turf, to prove which is the fastest!”

Bentley and Rolls-Royce might share a history, however, they are their fiercest opponents right now. A look back throughout the entire existence of extravagance vehicles will uncover that Bentley and Rolls-Royce were essentially similar vehicle brands. Later on, the product split, and Rolls-Royce got everything from the parent producer with the exception of the name of Bentley. Quick forward today, Rolls-Royce and Bentley are two independent marques, of exceptionally particular components, apex brands with no other rival than each other.

“We are savoring this rematch for the esteemed Pro-Am Cup and hope to be the ones hoisting the silver at the end of the day against a seriously formidable rival," comments Dan Keating, Polo Series president and founder.  "It will be a season highlight for the packed house of polo and racing fans as well.”

The weekly polo matches every Saturday are an ideal conclusion to a summer’s day, in late afternoons in June through September, just minutes away from the glittering beaches of Newport, in the manicured setting of the International Polo Grounds at Glen Farm in Portsmouth.

Last week’s high-scoring match featured USA vs. England, in an International Polo Series dual that brought fans from far and wide for the annual holiday rivalry for one of the closest and most exciting contests of the season. England started on the back foot and USA was first to score and maintained a narrow edge, holding the Brits to a 6-all tie in the first half. England retook the field with renewed vigor and notched an increasing lead in the 2nd half, as both sides were clearly becoming more defensive with goals only scored on penalty hits in the penultimate chukker. USA managed to up its total to 11 goals, though England still ran out the victor with a 13-11 lead at the final bell.

During this week’s match, the field-side festivities and activities will include the Daily Door Prize awarded to one spectator who will be entered into the Turkish Airlines Grand Prize, which includes two round trip tickets to anywhere in the world on Turkish Airlines. Prizes will be given to the winner of the Stella Artois Best in Show Contest, to award those who embrace the theme of the day (Racing) with their picnics, tailgates, and attire.

Field-side amenities will be offered to spectators throughout the afternoon and throughout the match including classics at the Patio Bar with Veuve Clicquot Champagne, Santa Margherita Wines, and Stella Artois on tap. New Goslings summer cocktails will be available: The Tropic Time Out and Bermuda Rum Swizzle along with the Dark ‘n Stormy, the official drink of the Newport International Polo Series.

The day will conclude with the Newport Victory Salute as Newport and New York make their way around the field followed by the Veuve Clicquot Champagne Toast and Trophy Presentation with player’s prizes from Providence Diamond.

To conclude the evening, spectators and players will retire to the Modern Luxury Lounge for a player’s toast and a complimentary Dark ‘n Stormy from Goslings.

"Our sponsors have been with us since the beginning. Without their support, the Series would not be as extensive as it is," explains Dan Keating, the Polo Series founder.

The polo grounds are located at historic Glen Farm, 250 Linden Lane, Portsmouth RI. Tickets and reservations to the polo match and associated events are available online at www.nptpolo.com. More information about the Newport International Polo Series, the venue, concessions, and amenities, can be found in the About Us section. Keep with the current 2022 team lineup and stats, events, news, and more through our weekly e-magazine (sign-up).

Herb Chambers Exotics is a factory authorized Bentley, Rolls-Royce, and Lamborghini network of dealerships in New England and proud supporter of the Newport International Polo Series. We feature the largest selection of the most luxurious and high-performance new and pre-owned vehicles all in one place at our Wayland, MA location easily accessed from Boston, Cape Cod, New Hampshire, and Rhode Island. Or visit each online at Rolls-Royce Motor Cars of New England, Bentley Boston, and Lamborghini Boston.

Dating back more than 130 years in Newport, the polo matches are one of Newport's grandest & most popular traditions, a living legacy from the Gilded Age with the founding of America's First Polo Club in Newport. Open to the public, audiences of several thousand spectators enjoy contests against international teams, as well as teams representing major US cities, playing against the home team every Saturday, June through September at 5PM / 4PM in September.

Gilded Age Legacy: Polo is, without a doubt, the oldest ball game in the world today. First recorded in the 6th-century B.C. when the Turkomans beat the Persians in the diplomatic tournament, the alluring game caught on with equestrian royalty and calvary, and took off with globalization, withstanding the tests of time. Arriving on Newport's shores during the Gilded Age, the sport had evolved for nearly 2500 years, steeped in tradition, captivating newcomers like Newport's summer sporting set who embraced the new pastime, establishing America's first polo club in 1876. A charter member of the United States Polo Association, the club today is still a trailblazing model polo club, hosting the Newport International Polo Series public exhibition matches, supporting philanthropic causes, organizing tournaments, polo club member services, and polo instruction year-round. Experience the king of games in its American landing at Newport Polo.