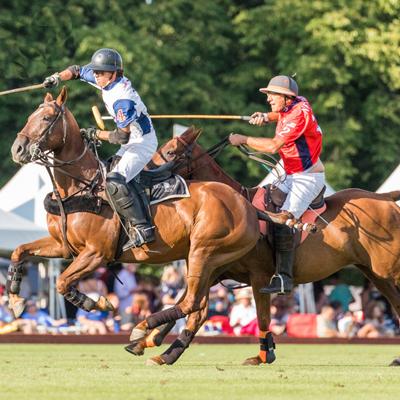 Newport, RI (July 27th, 2022) … The Newport International Polo Series, presented by Turkish Airlines, is excited to welcome back challengers from the nation’s capital for its next US City rivalry this Saturday July 30th, when Washington DC will return to the City by the Sea for a classic 6-chukker matchup.

Washington DC is known for its deep roster of talent, clearly demonstrated in 2019 when they last played in Newport. They will come ready to take back the US City Cup in this thrilling competition to end the first half of the 2022 season.

“We are thrilled to have Washington DC with us for another year. It has been several years since we have competed against them, and they always bring a well-balanced roster so it will be a tough matchup for us,” comments Dan Keating, the series founder and president.

The weekly Best In Show Contest to welcome our D.C. rivals this week calls for a theme of Cherries, the official fruit of the District of Columbia by an act of Congress in 2006.  The cherry was so named in honor of our first president, George Washington, who is symbolically associated with the cherry because of the well-known tale as a child, and a certain cherry tree, the moral of which was the importance of honesty.  Each year, the District of Columbia holds the Cherry Blossom Festival, which includes a parade and other events celebrating the beauty of 3,000 cherry trees in bloom, a 1912 gift from the city of Tokyo to the people of Washington, D.C., attracting millions of visitors each year.

The weekly polo matches every Saturday are an ideal conclusion to a summer’s day, in late afternoons in June through September, just minutes away from the glittering beaches of Newport, where the pastoral setting of the International Polo Grounds at Glen Farm in Portsmouth enjoys afternoon breezes and cooling coastal effect of the Sakonnet's east passage, as a welcome retreat in the peak of summer.

Last week’s match featured USA vs Italy in a grueling match that left spectators on the edge of their seats till the final bell. The Italians took control over the match with an early lead but Team USA, with their top scorer Rory Torrey, surged ahead in the second chukker to dominate the first half. Team Italy made a strong comeback in the second half, but it was not enough as Team USA claimed the victory with a final score of 9-7. Pedro Llorente of Team Italy was named MVP and Tarzan loaned to Llorente by Dan Keating was named Best Playing Pony. Upcoming 2022 season highlights include several more US City challengers and 4 international rivalries in the 31st season of the Newport International Polo Series.

During this week’s match the field-side festivities and activities will include the Daily Door Prize awarded to one spectator who will be entered into the Turkish Airlines Grand Prize, which includes two round trip tickets to anywhere in the world on Turkish Airlines. Prizes will be given to the winner of the Stella Artois Best in Show Contest, to award those who embrace the theme of the day (Cherries) with their picnics, tailgates, and attire.

Field-side amenities will be offered to spectators throughout the afternoon and throughout the match including classics at the Patio Bar with Veuve Clicquot Champagne, Santa Margherita Wines, and Stella Artois on tap. New Goslings summer cocktails will be available: The Tropic Time Out and Bermuda Rum Swizzle along with the drink of the day from The Cocktail Guru. Serving up chilled wines to spectators, the Veuve Clicquot Champagne Cart will be circling the field during game time. Gourmet Food Trucks will be field side offering Newport classics from Newport Chowder Company, Wally’s Hot Dog Cart, Village Greek, Hawaiian Jims Shave Ice, and Milk Caffe. The Pro Shop will be fully stocked with new limited-edition items and classics perfect for the summer season and months ahead.

The day will conclude with the Newport Victory Salute as Newport and Washington DC make their way around the field followed by the Veuve Clicquot Champagne Toast and Trophy Presentation with player’s prizes from Providence Diamond.

To conclude the evening spectators and players will enjoy a complimentary Dark ‘n Stormy from Goslings in the Modern Luxury Lounge.

"Our sponsors have been with us since the beginning. Without their support, the Series would not be as extensive as it is," explains Dan Keating, the Polo Series founder.

The polo grounds are located at historic Glen Farm, 250 Linden Lane, Portsmouth RI. Tickets and reservations to the polo match and associated events are available online at www.nptpolo.com. More information about the Newport International Polo Series, the venue, concessions, and amenities, can be found in the About Us section. Keep with the current 2022 team lineup and stats, events, news, and more through our weekly e-magazine (sign-up).

Dating back more than 130 years in Newport, the polo matches are one of Newport's grandest & most popular traditions, a living legacy from the Gilded Age with the founding of America's First Polo Club in Newport. Open to the public, audiences of several thousand spectators enjoy contests against international teams, as well as teams representing major US cities, playing against the home team every Saturday, June through September at 5PM / 4PM in September.

Gilded Age Legacy: Polo is, without a doubt, the oldest ball game in the world today. First recorded in the 6th-century B.C. when the Turkomans beat the Persians in the diplomatic tournament, the alluring game caught on with equestrian royalty and calvary, and took off with globalization, withstanding the tests of time. Arriving on Newport's shores during the Gilded Age, the sport had evolved for nearly 2500 years, steeped in tradition, captivating newcomers like Newport's summer sporting set who embraced the new pastime, establishing America's first polo club in 1876. A charter member of the United States Polo Association, the club today is still a trailblazing model polo club, hosting the Newport International Polo Series public exhibition matches, supporting philanthropic causes, organizing tournaments, polo club member services, and polo instruction year-round. Experience the king of games in its American landing at Newport Polo.