An Englishman in Newport 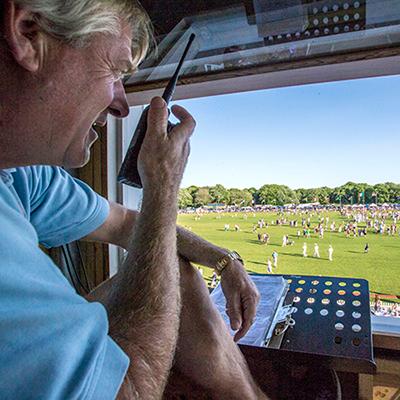 The Life and Times of William Crisp may make for an interesting TV biopic.  Once the highest-rated amateur polo player in England, Crisp was called upon by the governing body of polo in England to lead the first contingent to the Newport International Polo Series in its 1992 inaugural season.  Newport was in the midst of its revival as a modern seaside resort following its Gilded Age heyday.  Crisp was immediately taken with the charm of the City by the Sea, and one of its local ladies.  He settled in Newport, joined the Polo Series player roster, then became an umpire, and eventually traded his mallet for a microphone where his passionate, informative, and sardonic commentary has become the gold standard for polo around the world.  Recently, Rhode Island PBS Senior Producer Justin Kenny joined William Crisp in the commentator's booth at the International Polo Grounds for a behind-the-scenes exclusive.