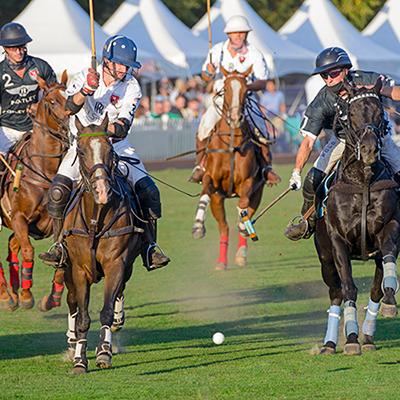 Newport Polo recently announced that seven teams have entered the 2022 USPA Northeast Circuit Congressional Cup tournament to compete for a handsome pot of prize money and trophies.  Tournament rounds will take place through the end of June, culminating in the winner-takes-all Finals on Saturday, July 2, 2022.

Entires from Rhode Island and Massachusetts include the home team, Newport, led by captain Dan Keating, facing Aquidneck Island rivals, Glen Farm, Polombia, and Foxtrot, Tiverton-based Acoaxet, and Boston-based, Kingswood, and Pony Up/Kingswood.  Each team will play two opponents in the preliminary rounds, then, the top 4 ranked teams will move on to the Semi-Finals to battle for a place in the July 2 Championship.  Venues will include three of Newport’s best tournament fields with the Championship on BD Field at the International Polo Grounds.  The tournament is sanctioned by the United States Polo Association (USPA) and will be officiated by professional umpires from the USPA.  An agenda of social events & entertainment for local experiences will round out the itinerary.  Tournament rounds on June 25th and July 2 will be open to the public as the featured matches in the Newport International Polo Series.

“All of our available resources are in effect to provide a first-rate competitive experience, with fields in prime condition, prize money provided by the USPA, and a trusted team of managers and officials for a thrilling series of tournaments at America's First Polo Club this season," commented Dan Keating, Westchester Club President and USPA delegate “Enthusiasm is at an all-time high for the largest northeast tournament this season and a new experience for Polo Series fans to witness polo in a tournament format.“

A professional video production of the Championship and Consolation matches will be submitted to the USPA’s Chukker TV for consideration for futurecast.

SCHEDULE OF MATCHES - Subject to Change

“It is exciting to bring more opportunities for regional polo competition to the Northeast hub of polo. We will see Newport's seasonal rivals compete in one concentrated tournament this year as a highlight of the Northeast polo season this summer,” added Leighton S. Jordan, USPA Northeastern Circuit Governor.

About Newport, Rhode Island: For more than 375 years, Newport has been welcoming visitors from near and far to its charming New England coastal harbor, earning its reputation as America’s First Resort. Evolving from its colonization for religious freedom to prominent colonial port to a destination ripe with sport, culture, history, art, entertainment and scenic beauty, distinctive shops, renowned restaurants, diverse accommodations and world-class events, its past, present, and future make this international destination uniquely legendary.