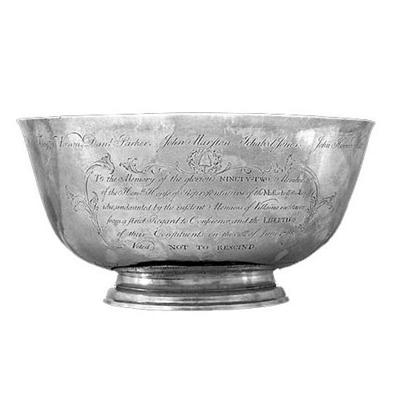 Colombia will become the 36th nation to debut in the Newport International Polo Series 31st season, Presented by Turkish Airlines, on Saturday, June 4, 2022.  This first-time challenge will inaugurate the latest Liberty Bowl perpetual cup, in the same spirit of America's first Liberty Bowl, commissioned here in New England, the cradle of American democracy.

A cherished symbol of our national heritage, this historic bowl is this nation’s most highly prized and widely reproduced piece of early American silver. The original bowl was hand-crafted in 1768 by revolutionary patriot and silversmith Paul Revere for the Sons of Liberty, a secret 15-member colonial organization formed in opposition to the English Crown. Appropriately entitled the ‘Liberty Bowl’, this national treasure marks the dawn of independence in America.

In 1765, the British Parliament began a series of measures aimed at repressing self-government in the Colonies. These measures, taking the form of duties on such staples as tea, glass, and paper goods were violently opposed by the colonists. The Massachusetts Bay House of Representatives, in particular, felt compelled to circulate among the Colonies a letter not only protesting against the British Ministry but also suggesting a united front against their policy of “taxation without representation”.

To commemorate this momentous act of the courageous 92 who voted in opposition, the Sons of Liberty commissioned their friend, Paul Revere, to hammer up a silver bowl that could be suitably engraved with the names of these men. Also to be engraved on this bowl were Liberty caps, wreaths, and other symbols evoking the Libertarian spirit of the day, and most importantly, the following inscription:

“To the Memory of the glorious Ninety-Two: members of the Hon'ble House of Representatives of the Massachusetts Bay, undaunted by the insolent Menace of Villains in Power, from a strict Regard to Conscience, and the Liberties of their constituents; on the 30th of June 1768, voted ‘NOT TO RESCIND’.

The ownership of the silver bowl was shared jointly by the 15 Sons of Liberty who commissioned it, until one of the men, William Mackay, bought out the interest of the others. The bowl remained in Mackay’s family until 1948 when it was purchased by the Boston Museum of Fine Arts. It stands there today, a proud symbol of our nation’s heritage. 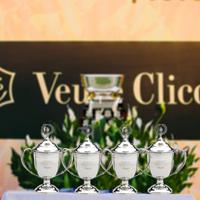 Each Polo Series international rivalry is commemorated with a Liberty Bowl perpetual cup, crafted by renowned New England silversmith Reed & Barton, the official Olympic medal designer whose pieces grace the White House.  The trophy inscription includes the team names and year of inauguration, in memory of our nation's founding and the same pioneering spirit that led to America's First Polo Club.  Each challenge will award the victorious team with the cup at the Veuve Clicquot Champagne Toast and Trophy presentation, maintained in its possession until the next rematch is played out.  Players on the visiting teams are also awarded individual Reed & Barton keepsake trophies, commissioned in 2022 by Rhode Island couture jeweler, Providence Diamond, as a lasting memento of their achievements.

Gilded Age Legacy.  Polo is, without doubt, the oldest ball game in the world today. First recorded in the 6th century b.c. when the Turkomans beat the Persians in a diplomatic tournament, the alluring game caught on with equestrian royalty and cavalry, and took off with globalization, withstanding the tests of time. Arriving on Newport’s shores during the Gilded Age, the sport had evolved for nearly 2500 years, steeped in tradition, captivating newcomers like Newport's summer sporting set who embraced the new pastime, establishing America's first polo club in 1876.  A charter member of the United States Polo Association, the club today is still a trailblazing model polo club, hosting the Newport International Polo Series public exhibition matches, supporting philanthropic causes, organizing tournaments, polo club member services, and polo instruction year-round. Experience the king of games in its American landing at Newport Polo.