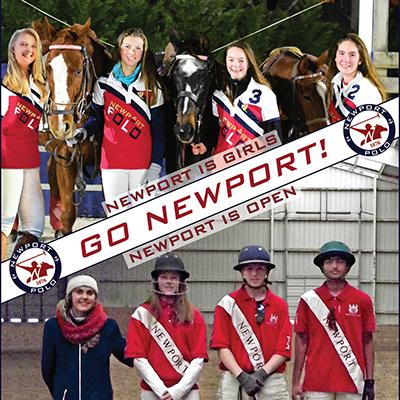 Competition season is in full swing for the Intercollegiate and Interscholastic Polo Teams.  The Brown University Women were the first of the Newport teams to enter the arena in the Northeast Intercollegiate prelims.  A strong start saw the Bears win over newcomer Guleph University during the opening round.  Round two pitted Brown against UMass, one of the top contenders in the region.  The Bear's tenacity won the team 8 goals, but not quite enough to make it to the tournament's final round.

The Newport Interscholastic Girls Team won a buy to skip the prelims and go straight to the Northeast regionals, hosted by Yale University.  The young team fared well in the run-up to the tournament but were overcome by the #3 ranked Cornell team in the opening rounds.

Next up will be the Newport Interscholastic Open Team, competing in the Northeast regionals on February 23 & 24 at Gardnertown in New York.  Newport is currently ranked in the middle of the pack and will have a tall order to overcome the top-ranked contenders.