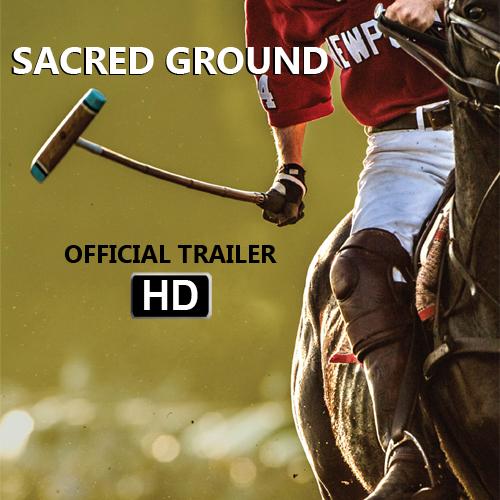 The Official Trailer of Sacred Ground has been released by BCN Productions.  Filmed entirely in Rhode Island, the 70 minute film is an independent documentary by BCN Productions that offers a rare reveal of the life behind the sport of polo, as it documents the 25th season of the Newport International Polo Series, an uncommon sport whose unique grass roots devotion became an institution.

This screening of Sacred Ground at the Jane Pickens Theater will be the only opportunity to experience the film on the big screen prior to a succession of mini-series TV broadcasts, International Film Festival premières, national syndicated TV airings and web-based presentations, according to BCN Productions.

Tickets are $12 and can be purchased in advance from www.janepickens.com (and at the door, if available);  located at 49 Touro Street on Washington Square in Newport, RI, and proceeds benefit Friends of Jane Pickens Theater.

According to RI native, Steven Feinberg, Executive Director of Rhode Island Film & TV on Capitol Hill, “Since 2004, when I returned home to Rhode Island from 22 years in Hollywood, and took over the Rhode Island Film & TV Office, we have brought in approximately $500 million of film and TV production to our beautiful Ocean State.  That is a direct result of the superb collaboration between the public and private sectors as well as our educational institutions.”

Through the use of a competitive, transferable 25% tax credit and the growth of RI’s professional crew base and talent pool, along with diverse locations in close proximity, Rhode Island has been recognized as one of the Best Places to Live and Work as a Filmmaker according to the prestigious Moviemaker Magazine (January 2017).  The Ocean State is also home to several film festivals, including the Academy Award qualifying and British Academy Award qualifying Rhode Island International Film Festival which is now in its 35th year.

“Clearly, these productions have a positive impact on our vast economy while also stimulating our culture and society.  All of these great accomplishments happen because of the hard-working, dedicated, film-friendly Rhode Island Ambassadors who know that when the tide rises, all boats float - and that’s a good thing!”

Feinberg’s acclaimed documentary, Pell made its world premiere at the Jane Pickens Theater in 2016.  The world-class art house cinema has been the site of recent premieres including The Newport Effect in 2014 and A Sense of Place in 2012 and countless others over the years, supported by personal appearances by Hollywood actors, directors & producers.  It was also featured in the Woody Allen film Irrational Man in 2015.

“This is a unique opportunity to present the World Premiere of veteran film makers Kevin Friend and Jason Carter, and to bring quality art and entertainment to the Newport community,”  adds Kathy Staab, owner and curator of the Jane Pickens Theater & Event Center.  “And we enjoy being supportive of RI Filmmakers.”

BCN Productions’ Kevin Friend directed and co-produced Sacred Ground with Jason Carter.  Friend, owner of BCN Productions, has produced a number of full length social and cultural documentaries for a wide variety of clients, created over 300 nationally distributed programs featuring sports, travel and leisure, and has directed over 1000 live sporting events, including the New England Patriots, Boston Celtics, Boston Bruins, and Harvard University Athletics.  Carter, an award winning cinematographer and filmmaker of documentary, educational, sports and broadcast television including twenty years of collaboration on BCN Productions projects, is also Adjunct Professor of Cinematography and Director of Video Production & Facilities, Department of Communications & Journalism at Suffolk University. The BCN Production team BCN brings together a core group of film and video personal and graphics/animation talent to round out the production process, backed by the twenty five years of broadcast production experience of Friend and Carter, the creative team behind the acclaimed broadcast series Golfing the World and The Mountain Report.  BCN Productions is a film/video multimedia broadcast production company based in New England, specializing in documentary film, broadcast television, business communication, and live event production since 1988.

Built in 1834 as a house of worship, the JPT building was converted to a live theater in 1918 and finally found its niche in 1922 when it became a movie palace known as The Strand Theater, with the advent of silent film. The historic single-screen theatre is beloved by Newport residents, not only as the only movie house in downtown Newport, but for presenting a mix of first run movies, documentaries, classic films and current releases, as well as live simulcast opera and dance productions, to a broad community audience and to an important tourist base.  As one of America’s oldest theater buildings, the Jane Pickens Theater & Event Center is an important part of the social fabric of the city of Newport and one of the few places where film has been shown in all its evolving formats for over 90 years.”

Polo in the Newport Winter Festival