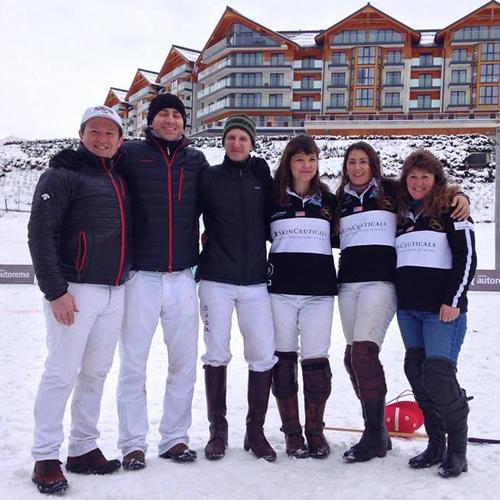 Newport Polo Club members are legging-up to represent USA for the second consecutive year in the 2016 Bukovina Snow Polo Masters.  The USA squad has its honor to defend, riding in on the heels of its performance last year, nailing a 6-4 win by the men’s team and a narrow 4-5 defeat for the women.

Bukovina Snow Polo Masters is distinguished as the only international snow polo event dedicated to competition between amateur players.  Played in the style of arena polo, teams of three will compete in a 400’ x 150’ outdoor arena, competing in high altitude conditions of the Tatra Mountains at the Polish ski resort of Bukovina.  Footing made from compacted snow makes play technically challenging.  Quick reflexes and expert riding skills are put to the test by uneven and changing surfaces conditions that can send the ball bouncing in unpredictable directions, and more frequent changes in possession of the ball.

Three days of competition from February 26-28 will bring international players, top sponsors, and a sizeable spectator crowd to witness the weekend’s excitement.  Along with the polo matches, there will be plenty of skiing, a thermal swimming pool, and post-match hospitality, sure to make for an enticing weekend.