Newport Polo Players Going for Goal off the Polo Field 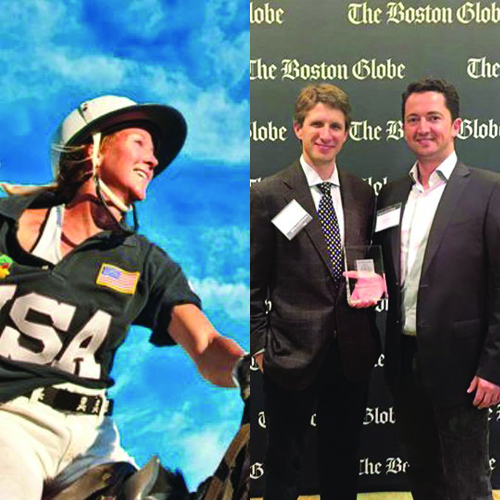 Newport Polo players are making a splash this month as Amy Rice mounts her campaign to represent State Senate District 11, covering Portsmouth, along with portions of Bristol and Tiverton.  The primary election is on December 1st, with early voting available at town hall.  Rice, a successful Newport attorney, served three State Senate terms from 2005-2011 for District 72, in leadership roles as the Deputy Majority Leader, Vice Chair of the Judiciary Committee, and Secretary of the Environment Committee.  She has also served on the Portsmouth town counsel, as well as legal counsel for Governor Chaffee.  Rice is one of the original women members of Newport Polo, from the mid 1990’s.  You can contact Amy Rice with questions at (401) 683 – 6555.

Co-founder and Chief Product Officer Sam Clemens of InsightSquared, and CEO Fred Shilmover, accepted an award as one of the Top Places to Work in Massachusetts by the Boston Globe.  Over 77,000 employees at 300 companies were surveyed in 2015, with top marks going to those focused on creative employee engagement for better professional performance.  The Boston based research firm was founded in 2011, providing top rated analytics for over 20,000 users.  Get the full article online at the Boston Globe.  Entrepreneur, father, and sportsman, Sam Clemens took up polo in college, playing in the Boston area before joining Newport Polo in 2011.