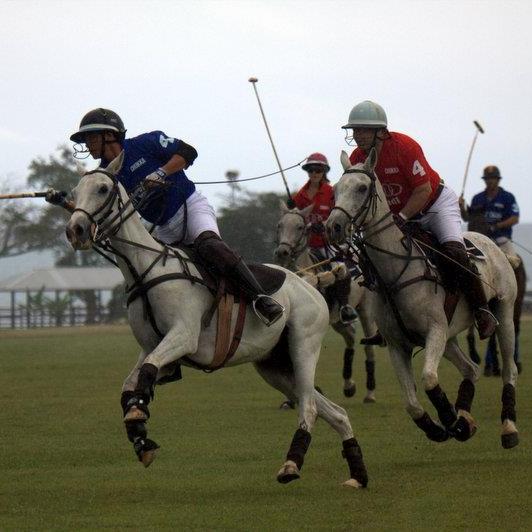 USA prepares for a rematch against arch rival Jamaica on Saturday, August 22, 2015 at 5p.m. in the Newport International Polo Series, presented by your Rhode Island BMW Centers.  The popular Jamaican Team has a long-standing rivalry against USA in the Polo Series, since 1994, and draws near-record audiences each season, which last year witnessed an exciting USA comeback in the second half, when it came down to the wire for the winning goal by Jamaica.

Your Rhode Island BMW Centers return Saturday with test-drives from 1 - 4p.m. in their latest models including X6 xDr50i; M4 & M6 Convertibles; 435xi Gran Coupe; and the all-electric i3 with Range Extender!

USA team captain Dan Keating explains the prowess of the Jamaicans: "For a small country, Jamaica's polo players have an unusually high average handicap, because most of their players come from families that have played polo for generations. They are a difficult team to beat."

Competing for Jamaica will be four top players from the island nation, including Shane Chin, Mitta Rousseau, Hamish Wates and Phillip Joseph, representing its 3 polo clubs, where polo is played year-round.  “It will be a great rematch, after having played on their turf during our off-season,” explained Keating, “and a chance to avenge their victory here last year."

Seats in the Alex and Ani Pavilion are available for $20 and Lawn Seats (online or at the gate) are $12/adult.  During the match, a weekly door prize drawing from Rockport will award one lucky winner of a pair of Rockport shoes, and winners of the Best Tailgate judging will receive a prize Tailgate Trunk from Stella Artois.  After 6 periods, called chukkers, the match will conclude with the Veuve Clicquot Champagne Toast & Trophy Presentation, autograph signing and cocktail hour to mingle with the players.